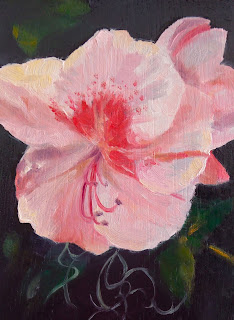 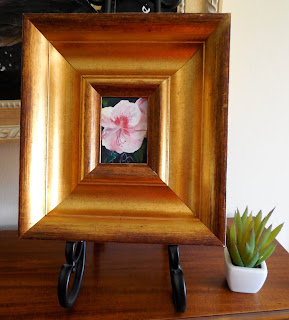 We were at Bok Tower in Lake Wales, Florida as Spring was waning, and this flower was stubbornly hanging on. I painted it as a tiny painting in a dramatic frame.

Bok Tower is on Iron Mountain in Central Florida. Florida is very flat everywhere but that area, and folks from Tennessee would laugh at Iron Mountain being called a mountain; however, it is an anomaly in such a flat state, so deserves a dramatic name. Bok Tower used to be one of the Big Three tourist attractions; the other two were Silver Springs and Cypress Gardens. Every drugstore had postcards with those three displayed. That was before Disney came and changed everything. Cypress Gardens is now Legoland, Silver Springs is a state park, and Bok Tower is still as beautiful as it ever was. A side attraction near Bok Tower is Spook Hill, where you can put your car in neutral and it rolls uphill.

Carmen
Posted by Carmen Beecher at 8:37 AM No comments: 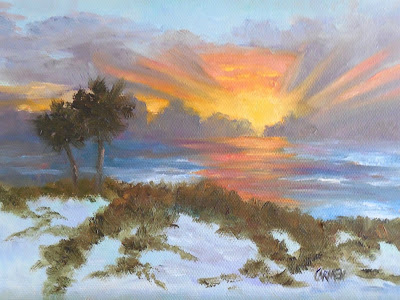 Florida sunrises are amazing, and seem even more so during thunderstorm season. We get all sorts of weather phenomena this time of year, and the rain is a welcome relief from the awful heat. Our pool was 90 degrees the other day, but after the rains it is 80 degrees. A big difference!

Carmen
Posted by Carmen Beecher at 8:27 AM No comments: 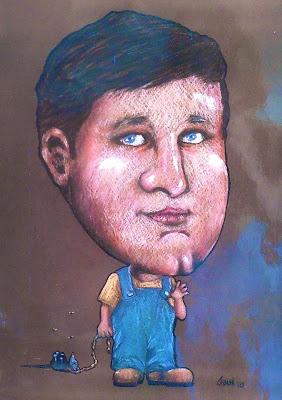 I've been through all our closets now, so I don't think I'll be finding any more new art forms. This one is Dave Schotter, Air Force NCO from Indiana, who regaled us in the Graphics Shop with stories about the Shoe Tree and the Squirrel Hunting Convention. Those days were my best memories in 31 years of government service.

Carmen
Posted by Carmen Beecher at 7:20 AM No comments: 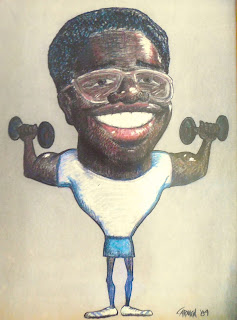 This is another blast from the past, a caricature of Lamar Walker, my friend and coworker at the Air Force Photo Lab in the 80s at Patrick Air Force Base. I really got into caricatures for a while, but I eventually got over it. This was a farewell gift when Lamar was transferred to another base.

Carmen
Posted by Carmen Beecher at 1:31 PM No comments: 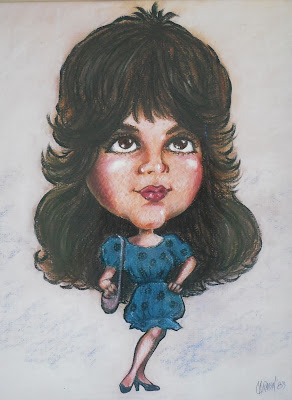 Due to our closet remodeling, I recently discovered some caricatures I did years ago. This is my daughter Suzanne in her poofy blue dress in the 80s. I was still working for the Air Force then and I did many caricatures of retiring VIPs. I moved on to oil painting, and now, to book illustration. Since I'm too busy to paint much, I'll be posting more of these "oldies" for a while.

Carmen
Posted by Carmen Beecher at 7:57 AM No comments: