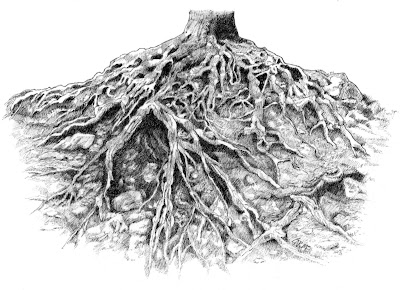 I love twisty, wandering roots. These were spreading over a ledge in the Smoky Mountains, and I have to say that it was quite meditative drawing them. 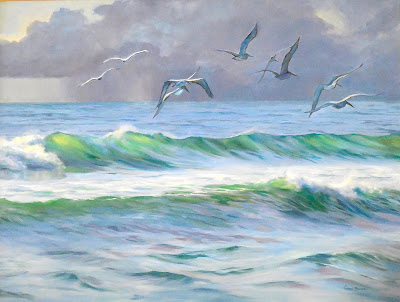 One thing about living by the ocean: you can see weather from a long way off. This time of year storms swoop in, blow wildly, drench everything and move on. Since I'm a gardener, I call this perfect weather. Rain has magic that no amount of sprinklers can equal.

Posted by Carmen Beecher at 9:29 AM No comments: 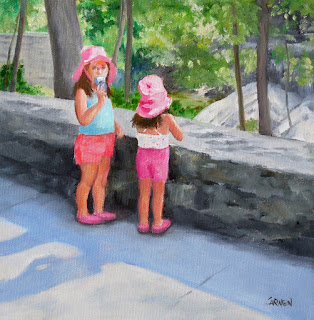 I took a lot of pictures in the Smokies, especially in the great spot known as The Sinks, but this last one was the one I knew I would paint.

Posted by Carmen Beecher at 3:00 AM No comments: 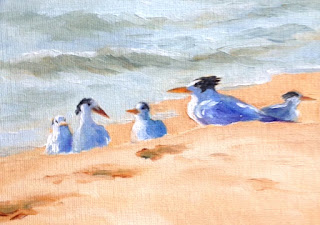 I love these birds with their cute little hairdos. I have jumped right from the mountains to the seashore in this blog, having returned home after almost three weeks in North Carolina. The contrast is drastic, but I love both places. Each is beautiful in its own way.

Posted by Carmen Beecher at 5:00 AM 2 comments: 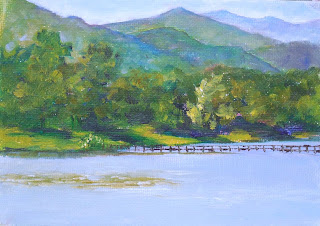 This beautiful spot is near Waynesville, North Carolina, and it was such a pleasure to sit and paint there. There is a rose walk on one side that is planted with a huge variety of roses--an exotic sight for a Floridian. It was my idea of a perfect morning. 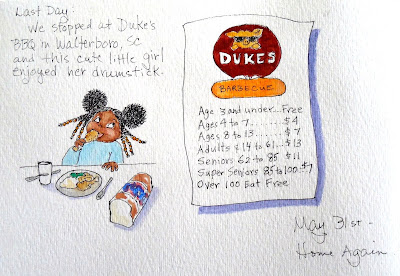 On the way home from North Carolina we stopped at this barbecue place. The little girl sitting next to us was so cute, with her puffy pony tails and gold beads in her hair. Notice the loaf of bread. A loaf of white bread was on each table; or, as they say in my home town, "light bread." It was a buffet, with unique pricing.

Carmen
Posted by Carmen Beecher at 7:43 AM No comments:

We just returned from a big trip to North Carolina, helping our friends remodel their second home. It was very ambitious and involved bringing a huge double wide refrigerator upstairs and another one downstairs--two flights--and tearing out and installing a kitchen. Flooring was laid throughout, wiring and plumbing moved, ceilings scraped, doors and windows moved, and everything painted.

It only took 200 trips to Lowe's and two to the Buttered Biscuit, where the biscuits are 10 inches tall. 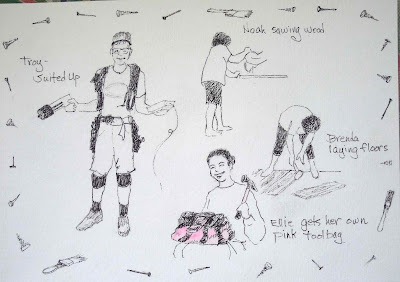 Below, two movers were hired to move the fridges and the one in charge constantly berated his helper, Joel. Even when carrying a refrigerator up the stairs, he never stopped talking. 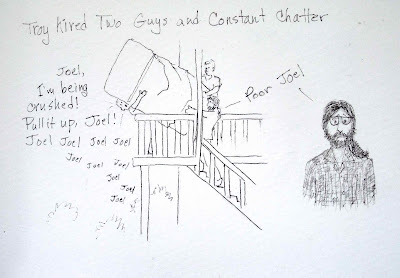 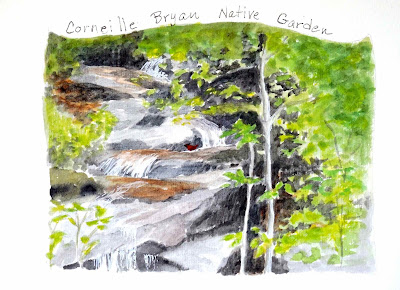 This garden was a few steps away.
We took one day off to go to Clingman's Dome in the Smokies. 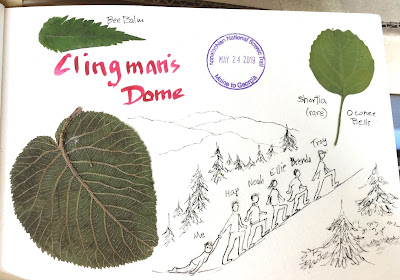 My motto is: When you can't take another step, stop and paint! 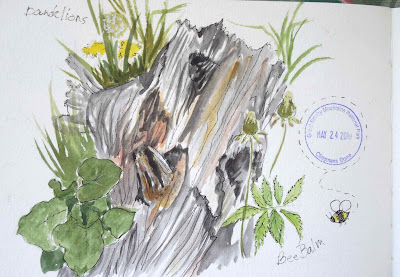 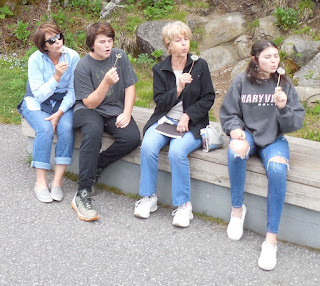 A lot was accomplished and there were many sounds of moans, groans, laughter and singing throughout!


Posted by Carmen Beecher at 12:10 PM No comments: