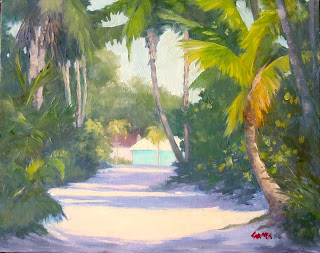 Click to Purchase
This is one of my favorite places in the world, North Captiva Island. It represents Peace, Relaxation, Beauty, Seclusion, Exquisite Beaches, and Expensive Food (nothing's perfect).
Carmen
Posted by Carmen Beecher at 9:23 AM 1 comment: 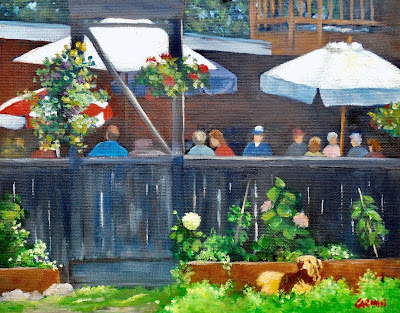 Buy Here
This is an out-of-the-way spot in Alaska, a little town called Talkeetna, which sits at the base of North America's tallest peak, Denali. This cafe was rustic, beautiful, and served delicious food.

Posted by Carmen Beecher at 2:51 PM No comments: 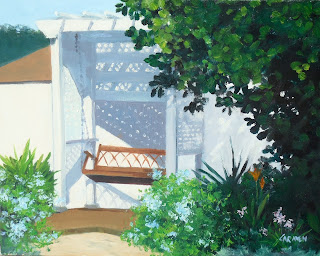 Buy on Etsy
This is a cool and peaceful spot, surrounded by flowers. What is better than a swing? It brings back childhood memories of a great place to read.
Carmen
Posted by Carmen Beecher at 3:00 AM No comments: 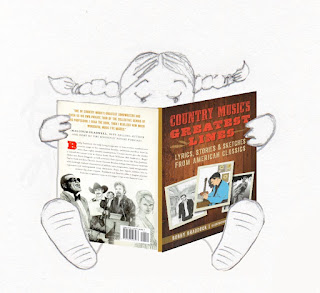 Here I go again, in case you forgot. Even people who don't like to read are enjoying this book because it has 81 illustrations.

Posted by Carmen Beecher at 1:00 AM No comments:

Are YOU Talking to ME? Chicken painting oil on canvas 8x8 inches

Are YOU Talking to ME? 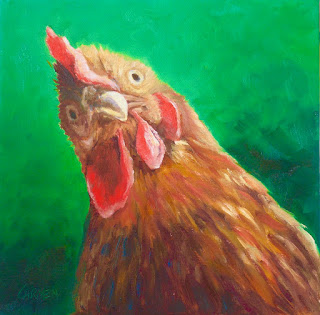 Click to Buy
I love the comical look that chickens can have, and this one made me think of Robert di Niro's classic scene in Taxi Driver. Sometimes the title comes before the painting.
This is painted on gallery-wrapped canvas, no frame needed.
This was my entry for the monthly challenge on the Pieces of 8 blog. Click here to view the other very clever entries.
Carmen
Posted by Carmen Beecher at 6:16 PM No comments: 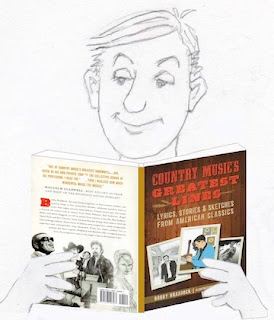 I can't seem to stop promoting our book. Truth be told, I like reading it myself, because Bobby Braddock does such a good job telling inside stories about the songs and songwriters. Also, I have to realize that we are competing with newly published books by Dolly Parton, Bob Woodward, Mary Trump, and some of the great historians of our time. If your brain gets tired from all that reading, maybe you need a book just for entertainment, with lots and lots of illustrations.

Posted by Carmen Beecher at 1:20 PM No comments: 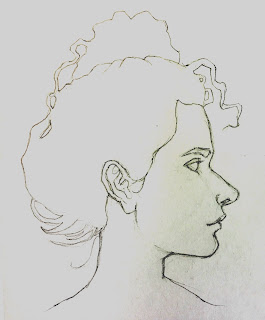 After six months of quarantine I started becoming very uninspired artistically, and one thing always gets me going again--a good class. I signed up on Sktchy.com for a class on drawing the head, and even though I have been doing that for years, this class is very illuminating. I'm loving it. This is one of my drawings, of a woman who is beautiful in spite of her prominent nose--kind of like Madame X. 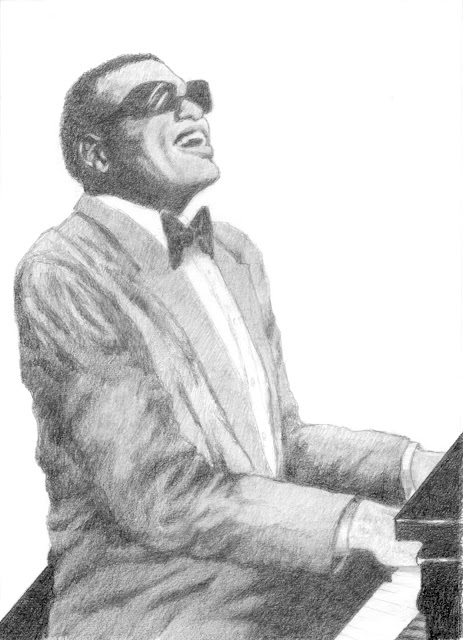 From a post by the author:
SAMPLE PAGE from Country Music's Greatest Lines by Bobby Braddock, illustrated by Carmen Beecher

THEY SAY THAT TIME
HEALS A BROKEN HEART,
BUT TIME HAS STOOD STILL
SINCE WE'VE BEEN APART

"I Can't Stop Loving You"
Written by Don Gibson
Recorded by Don Gibson for RCA Victor, by Kitty Wells for Decca, by Ray Charles for ABC Paramount, and by Conway Twitty for MCA

In 1957 Don Gibson checked into the York Motel in Nashville and wrote "Oh Lonesome Me" and "I Can't Stop Loving You." He soon recorded both songs for RCA Victor and had a two-sided hit, as well as a major career as a country star for the next fifteen years. Kitty Wells's version of "I Can't Stop Loving You" went to #3 in the country charts. In 1962 Ray Charles, famous for infusing rhythm & blues and rock 'n' roll with soul music from the church, decided to record an album of country songs. Although his recording contract guaranteed him artistic freedom, his record label tried hard to talk him out of it. They need not have worried. Modern Sounds in Country and Western Music was America's #1 album for fourteen weeks, and "I Can't Stop Loving You" became the biggest record of Ray Charles's career. The most famous words in the recording were probably not Don Gibson's lines but "brother Ray's" nod to the vocal group: "Sing the song, children."

To order COUNTRY MUSIC'S GREATEST LINES go to the book website at BobbyBraddock.com and click "order from Amazon" or "order from the History Press"

Posted by Carmen Beecher at 7:29 AM No comments: 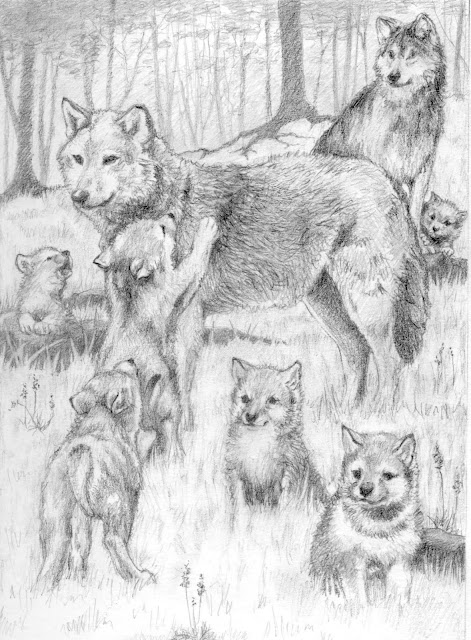 What in the world is this about? This illustration is in a book about country music? We decided not every drawing had to have people, sometimes animals get the idea across just as well. To find out what the song is, you might want to buy the book, Country Music's Greatest Lines, which is available at arcadiapublishing.com, amazon.com, barnesandnoble.com, and bookstores (See the cover in the righthand column). I really enjoyed drawing this illustration of a wolf family with the proud dad overlooking the scene.
Carmen
Posted by Carmen Beecher at 11:11 AM No comments: Click to Purchase
We may be trapped inside for months, but there is always the beach, as long as it isn't crowded. Early morning people tend to be true beach lovers, with a true appreciation for being in a beautiful place.
Carmen
Posted by Carmen Beecher at 10:53 AM No comments: